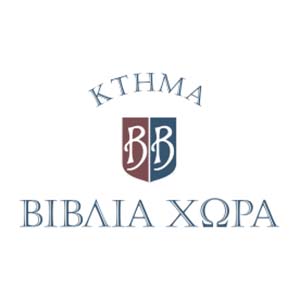 The history of the Estate

Considering the rich winemaking tradition and the distinctive terroir of the region, the winemakers carefully selected the Mt Pangeon and created Ktima Biblia Chora, using the name of the area in ancient times. In 1998 they planted the estate’s first 7 hectares of vineyards, in 2001 they started the construction of the winery and the first wines of the Estate were produced that same year.

Vangelis Gerovassiliou was born in Epanomi, Thessaloniki. In 1975 he completed his studies in Agronomy at the Aristotle University and thereafter he attended the University of Bordeaux, where he earned a diploma in oenology, wine-tasting, viticulture and winemaking. From 1976 to 1999, he was senior winemaker at Domaine Porto Carras and he contributed to reviving the old Greek indigenous variety of Malagousia, while working closely with the professor of viticulture Vassilis Logothetis. Today he is the owner of Ktima Gerovassiliou in Epanomi that was established in 1981, when he decided to revitalise the family vineyard. He is a founding member and former president of the Association of ‘Winemakers of North Greece’. He is married to Sonia Tziola, and they have three children.

Vassilis Tsaktsarlis was born in Epanomi, Thessaloniki. In 1988 he completed his studies in Chemistry at the Aristotle University of Thessaloniki and therefore he attended the University of Bordeaux, where he earned a diploma in oenology, wine-tasting, viticulture and winemaking. From 1992 until the beginning of 2001 he was the senior winemaker-oenologist and head of production Domaine Costa Lazaridi.

He is married to Aleka Karachristou and they have two children.

From the creation of Ktima Biblia Chora until today both winemakers are active in several winemaking regions in Greece and overseas.

From 2006 until 2016, Vangelis Gerovassiliou, Vassilis Tsaktsarlis and the wine importer Takis Soldatos created a small winery, Escapades Winery, at Stellenbosch in South Africa.

From 2014 they own the Domaine Kokkali which is located in Agios Andreas, in Peloponnese and has been recently rebranded into ‘Ktima Dyo Ipsi’ .

In 2017, they collaborated with the oenologist Ioanna Vamvakoudi for the creation of Mikra Thira, the first winery to be built in Therasia, the small island that was a part of Santorini until the great volcanic eruption of 1600BC.

Recently, the small family winery of Titos Eftichidis in Goumenissa was purchased, a region known for its long winemaking tradition.

The estate-owned vineyard that today occupies 57 hectares, 380 metres above sea level, surrounds the winery. The Mediterranean climate, characterized by mild winters and temperate summers, affected by the Aegean breeze, in combination with the temperature difference between night and day, allows the grapes to mature slowly, building beautiful aromatic and flavor intensity. The soil is rocky with good drainage which facilitates the application of organic vineyard management, respecting the environment and the whole ecosystem of Pangeon. Today, both Greek varieties such as Assyrtiko, Agiorgitiko, and Vidiano and international varieties as Sauvignon Blanc, Chardonnay, Semillon, Gewürztraminer, Syrah, Cabernet Sauvignon, Merlot and Pinot Noir are cultivated.

Additionally, an ’unidentified’ local variety, found in Mt Pangeon is cultivated at the Estate from which Biblinos Red and Biblinos Rose wines are produced. The results of DNA testing on the variety indicated that it is a Greek variety that can not be identified with any other.

Also, 36 different grape varieties are cultivated for experimental purposes on a small parcel in front of the winery. It is in the winemakers’ best interests to constantly experiment with different varieties, new to the region, and test their adaptability to the local ecosystem to craft new wines in the future.

The production area extends to two different levels, and was designed to make winemaking procedures as efficient as possible, particularly during harvest. Latest technology and equipment is used throughout every step of the production such as destemmer, pneumatic press, stainless steel pre-fermentation maceration tanks for white and rosé wines, and stainless steel fermentation and stabilisation tanks with controlled cooling system. Chemical analysis is conducted at all stages of the making process to optimise the quality of the final products. The fully equipped laboratory of the winery and specialised staff are key factors that ensure the safety standards of ISO 22000 are met and the quality of our wines is optimum.

There are two separate cellars where the French oak barrels provide their beneficial characteristics to the wine, which undergoes ideal ageing conditions all year-round.

All our wines are bottled at the winery and some of them are left to age in the bottle in special aging rooms located in the basement of the winery.

Ktima Biblia Chora has been certified with the «ΕΛΛΑ-ΔΙΚΑ ΜΑΣ» since 2018, after meeting all the quantity and quality requirements of the organization: being a Greek owned business, located in Greece, producing Greek products, taking part in environmental and social activities, ensuring the health and safety of the employees, the consumers and the products produced.

Sort Alphabetically: A to Z
12 Per Page
Home/Ktima Biblia Chora