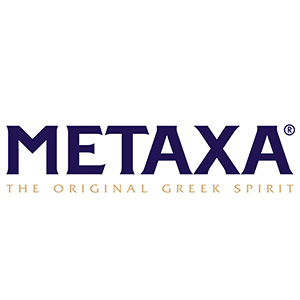 Born in 1848 in Greece, Spyros Metaxa is a descendant of a family of silk merchants. An adventurer and man of taste, he decides to establish his own business in fine goods. Always travelling, Spyros Metaxa discovers different spirits and wines from around the world.

Spirits of his time tend to be harsh on the palate, without much aroma or character. Spyros Metaxa dreams about crafting a unique spirit that is smooth yet intense. It would be a spirit that was a real journey through the senses.

In 1888 he creates METAXA, the Original Greek Spirit.

Spyros Metaxa builds his first distillery in 1888 in Piraeus, the port of Athens. His unique one-of-a-kind amber spirit is soon being exported around the Mediterranean.

The story says that when Spyros Metaxa was building his distillery in Piraeus, he found an ancient medallion depicting the “Salamina Warrior”. The Battle of Salamina took place in 480 BC in the waters near Piraeus.

The Greek navy was well outnumbered by the invading Persian forces, but fought them off heroically. The Salamina Warrior became a symbol for risk-taking and courage-the perfect emblem for Spyros Metaxa's venture that took deep roots in Greece.

Although it was first compared to a Cognac, and later to a Brandy, METAXA is impossible to classify.

Today it is recognized for what it is, a unique amber spirit.

There are no products in this section